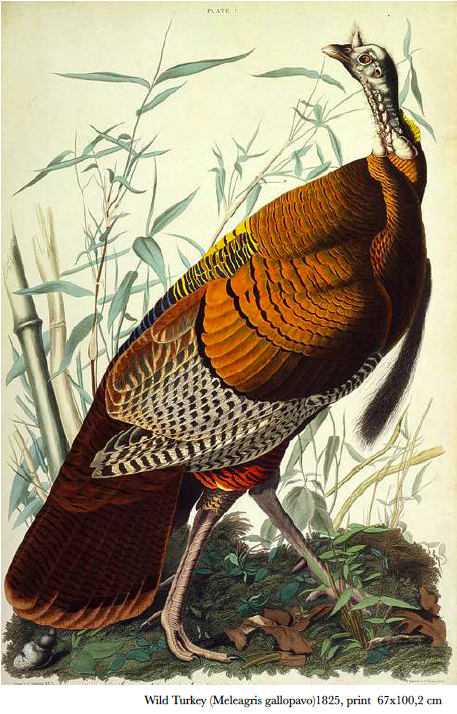 A union through time and space, this project brings together the worlds of John James Audubon (1785-1851), American ornithologist, painter, naturalist and, explorer and Hitnes, Roman painter and muralist, giving birth to an adventure across the United States – The Image Hunter.

‘The Image Hunter’ is a more than twenty-city, self-financed road trip to retrace and rediscover the America that John James Audubon traversed in the making of The Birds of America. Over 3 months, the Roman artist Hitnes, accompanied by videomaker Giacomo Agnetti, will travel along Audubon’s exploratory voyages from the 1830s, delving into the current state of the birds he documented.

The triggers they share, a fascination with natural forms and the unquenchable thirst for researching their haunting grounds, bind these kindred spirits, one from early American history and the other from modern day Italy. Driven by an obsession to complete his collection of bird paintings, John James Audubon dedicated his life to venturing into the unexplored expanse of the then-untamed territories of the United States.

Audubon’s flair for detailed research, which gave birth to one of the greatest books ever published – The Birds of America – mirrors the modern research Hitnes conducts on his voyages across the globe, from China to Mexico and beyond. By traveling the same path as Audubon, and hunting the same species, Hitnes steps into his environment, bathing himself in the timeless natural habitat that bewitched Audubon for most of his adult life.

Sketches and a gathering of materials – live matter and photographic – in the contemporary American wilderness create the fabric for a production of public murals to be painted during brief emergences from the wild into modern American urban capitals. 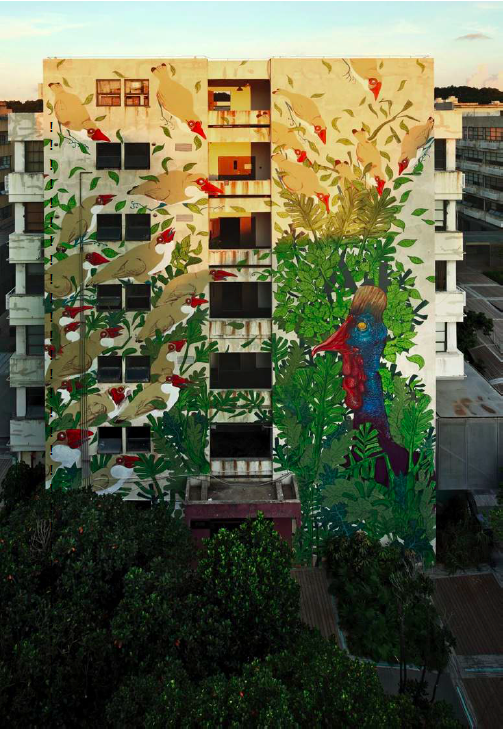 In contrast, contemporary America will provide a different reality to Hitnes, influencing modern aviary behavior and underlining species now lost to extinction. In this way, the real aim of The Image Hunter is to decipher the common bonds that drive humans to push themselves in the pursuit of their own quest, to observe and report through their endless obsession. The “hunting” methods will differ; yet at the same time remain the same. Always pictured with his rifle and trusty hound, Audubon is reflected in the modern guise of Hitnes, with his photographic gear, pen and sketchbook to “shoot” the birds. Mirroring Audubon’s choice of scale, the elephant folio, to give visual meaning to the hunt, Hitnes’ research will be translated to large-scale murals based on the documentation caught in
the wild.